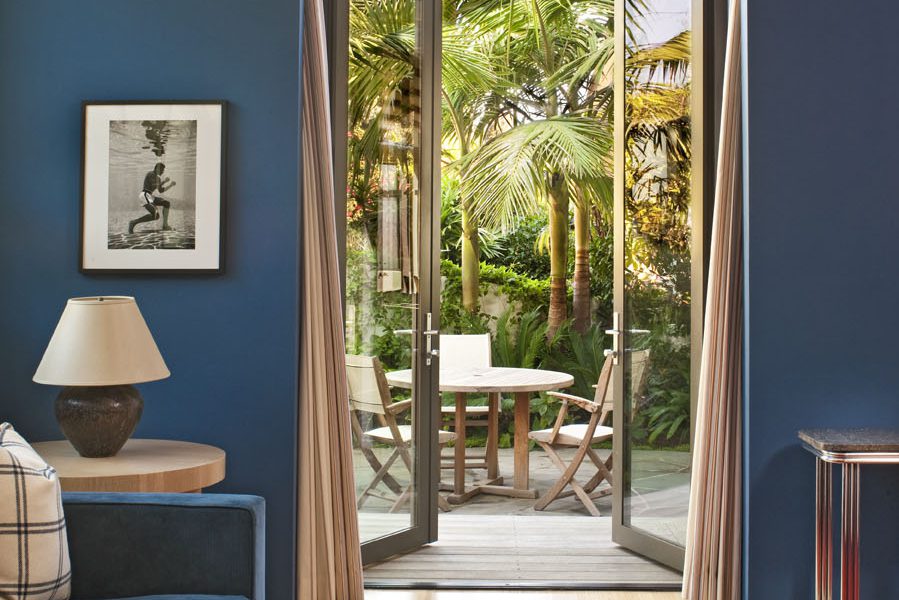 Interior designer Thierry Marchand, who recently celebrated his 20th year in business, is well-known in the entertainment industry, guiding creative and often high-powered executives, producers and actors in the purchase and, eventually, interior design of their homes across the United States.

Marchand’s talents lie in his ability to translate his clients’ plans for their homes into aesthetically pleasing and cohesively designed functional living environments.

“We hired Thierry because of his amazing taste, talent and honesty,” says Dana Walden, President of 20th Century Fox Television. “We love working with Thierry and have been clients for the past fourteen years. We would not think of working with someone other than Thierry.”

Marchand is good at merging a client’s taste with what he feels is stylistically appropriate. He is well-versed in working with American and European, particularly English and French, antiques as well as contemporary furnishings. He works hard to achieve people’s desire for comfort, beauty and functionality in their homes.

His palette of strong colors, including gold, burnt orange, cobalt blue, grass or hunter green and soft ocean hues, is informed by his roots in French Normandy, where he was born and raised. He uses saturated color on walls without abandon, client permitting. “One of his strengths is his beautiful sense of color and combining pieces you wouldn’t think would go together,” says the actress Christa Lawrence. “Whatever color scheme you pick, whether vibrant or muted, it’s always an unexpected, delightful match.”

For clients who collect paintings, sculpture, and other works of art, Marchand thrives on creating stunning interiors where art is an integral feature of the design. The results are picture-perfect homes from Brentwood, Malibu, Santa Ynez, Napa and numerous other California locations to Wyoming, New York and Connecticut.